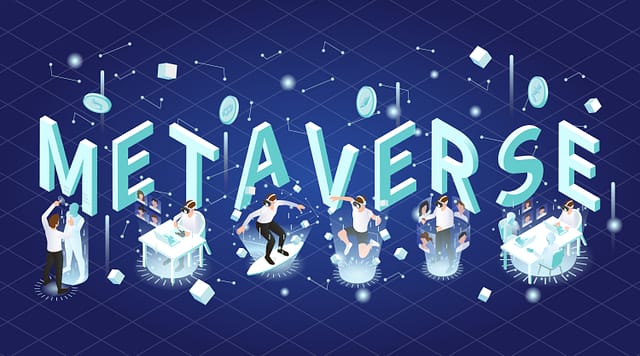 WHAT IS THE METAVERSE?

It is a hyper-realistic, digital world that exists parallel to everyday-real life. One can create avatars and hop into this intriguing world to interact and socialize with other people.

As new companies emerge in the AR/VR space, there is a need for a monitoring organization to ensure streamlined efforts and open collaboration. One cannot just have a Meta-run Metaverse, just like there is no ‘Microsoft Internet.’ Therefore, a web of public and private standards, norms, and rules would be necessary to enable smooth communication between standard bodies and businesses to bring real-world interoperability to The Metaverse. The METAVERSE STANDARD FORUM precisely offers that.

HOW DID THE IDEA OF THE METAVERSE STANDARD FORUM COME ABOUT?

As of late, humans have grown so accustomed to flawless digital hardware that anything less will not satisfy them. Instead, it will impede the expansion of The Metaverse.

Various Tech-Giants like Meta and Amazon realized this and the fact that the current technologies used to access The Metaverse have genuine limitations.

So, to simplify, standardize and accelerate the access to The Metaverse, a group of companies has joined hands to foster the development of industry standards that would make their digital worlds compatible with one another. Thus, enabling companies to collaborate, reduce duplication of effort across the industry, and create an open and inclusive Metaverse Space at a pervasive scale.

WHO ARE THE FOUNDING COMPANIES?

The Khronos Group, a nonprofit consortium focused on AR/VR, AI, machine learning, and other technologies, is in charge of the Metaverse Standards Forum. The Forum includes 35 participants, including many of the biggest companies in the space, from chip makers like NVIDIA and QUALCOMM TECHNOLOGIES to tech giants like Meta, Microsoft, Adobe, Huawei, and Sony Interactive Entertainment, as well as established standards-setting bodies like the World Wide Web Consortium (W3C). Epic games, Ali Baba, and Autodesk are some other founding members.

Despite these big names, Apple, gaming firms like Roblox and Niantic, as well as newly developing crypto-based metaverse platforms like The Sandbox or Decentraland, are noticeably absent from the membership list for the time being.

CAN ANY COMPANY JOIN THE FORUM AND PARTICIPATE?

It is free to join for any business, standards body, or university, including members of the cryptocurrency industry, according to the official press release of Khronos Group. Companies that wish to oversee the Forum, and sponsor Forum projects, can choose to become principal members by a click-through participation agreement.

WHAT IS THE ROAD AHEAD FOR THE FORUM?

To expedite the testing and adoption of metaverse standards, it intends to concentrate on “pragmatic, action-based projects” such as implementation prototyping, hackathons, plugfests, and open-source tooling. The wants and needs of The Forum participants will determine its activities. It may initially encompass a variety of technological disciplines, including 3D assets and rendering, user-created content, avatars, identity management, privacy, and human interface and interaction paradigms like AR and VR.

Given that the Forum meetings are to begin in July 2022, do you think that METAVERSE STANDARD FORUM will sustain itself and work cohesively without the factor of competition kicking? Will the decision of leaving the tech giants like Apple will come back to haunt them? Let us know your thoughts in the comment section down below.